FFG Released the promised points update a day early. You can find the full listing in the new RRG, starting on Page 75.

On today’s (September 3rd, 2019) FFG Live stream, Legion developers Alex Davy and Luke Eddy were joined by Matt Holland (FFG OP) to showcase the new Luke and Vader operatives as well as talk points changes and errata updates in the near future. A VOD of the stream can be found at the above link.

The FFG team is “not overhauling things rapidly,” but making more of a “surgical strike” according to Alex and Luke. These were based on data from tournaments and “extensive playtesting.”

Alex and Luke said that future points updates will be minor, perhaps once a year at most. This is “not the full list,” which will be coming September 6th to take effect at a later date (specified in the upcoming living document), but merely a preview. These will be listed in a “living document” on the website.

They will not be reprinting cards for a number of reasons, including that they are only for “competitive play” and because these points may change again in the future. (Although Matt Holland at one point did mention talking to OP about providing alt arts with the new points/errata.)

Here all confirmed points changes from the stream:

There are no Droid/Clone errata or point changes expected in the near future, although obviously they will be on the table down the line.

There are a “small handful” of points increases for units they felt were “too dominant” but no specifics mentioned just yet (outside of Strike Teams).

After briefly discussing the points updates, Luke and Alex played a game with the erratas/point changes and the new Vader and Luke Operatives. My apologies for not getting the spoiled details on the new operatives, I’m sure other outlets will have them. Their lists are below. 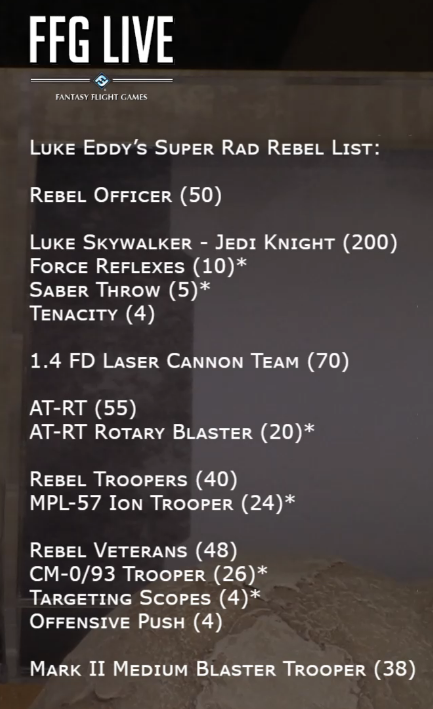 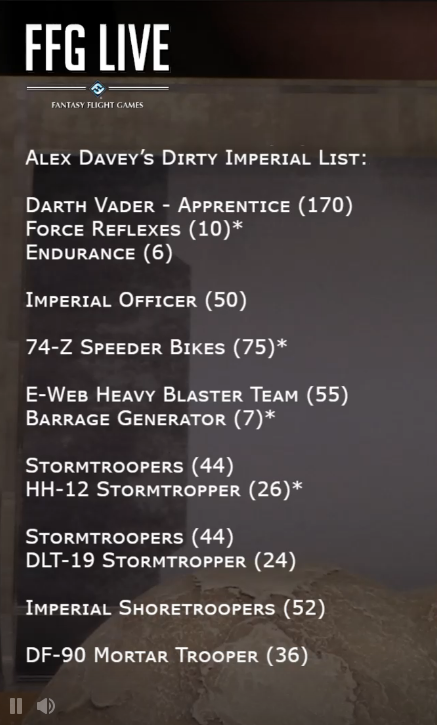