I’ve reached a point in my blogging where if I’m not careful, all of my new content is simply reductive of things I’ve done in the past.

And, indeed, the easiest possible version of a Geonosis basing tutorial for your lovely Droid armies would see me essentially recreate my How to Create a Tatooine Desert Base, but this time using Martian Ironcrust instead of Agrellan Earth (plus a bit of drybrushing, of course).

Now, don’t get me wrong: you absolutely can (and, perhaps, if you’re pressed for time should) use that product to make a super simple, super appealing Geonosis base.

So instead of taking the easy way out, I’m going to try and make something a bit more thematic but still entirely beginner-friendly. Here’s what you’ll need.

Geonosis was the first capital of the Confederacy of Independent Systems, and played host to a number of battle droid foundries. After the Clone Wars, the Death Star would be built in its orbit. Its surface is irradiated, crag-marked, and hostile.

So instead of just going for the red, cracked soil, we’re going to add in a bit of easy industrial flair based on what we already have in front of us. 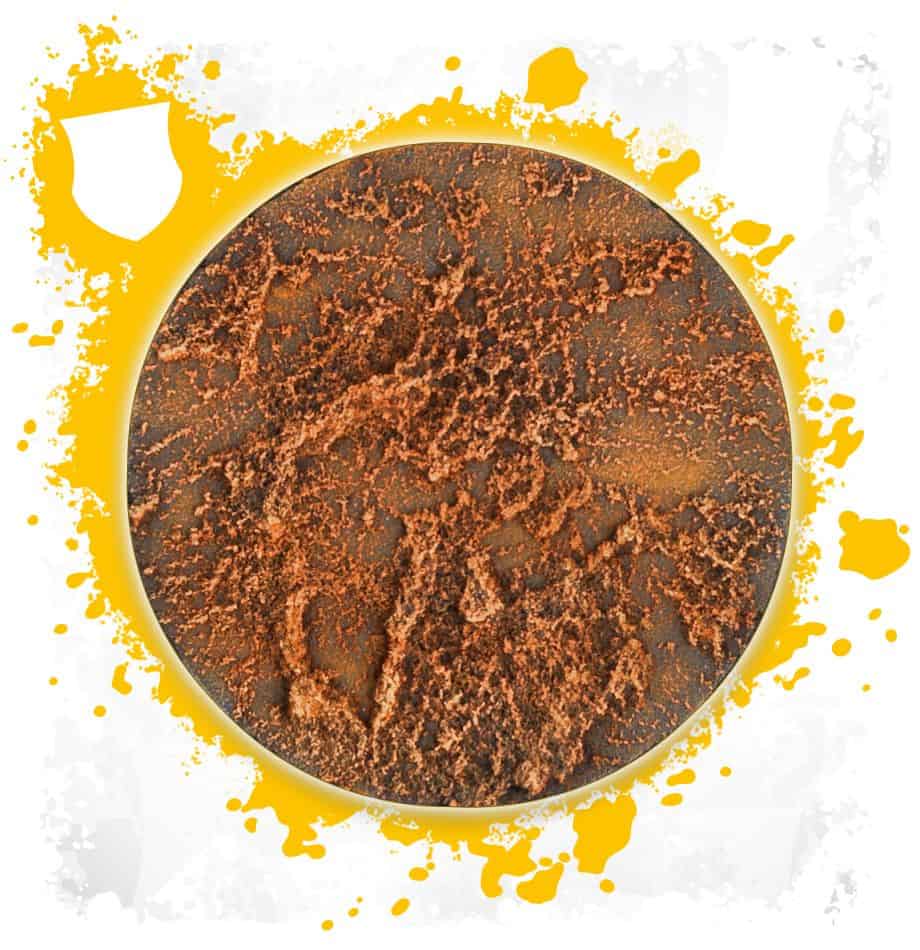 To begin, prime your base (I’m going to do one example of each: a premium FFG base, and a regular base) black. If you’re using a premium trooper base, paint a neutral gray over the whole thing, let it dry, and then apply your Stirland Battlemire texture. It’ll come out looking significantly more brown than the image on the right.

It’s going to take a few hours to dry. Don’t worry about putting it on super thickly, just lay it on haphazardly and you’ll get a good natural look like the GW image on the right. If you’re using a premium trooper base, leave some grating or indentations exposed; we’re going for an abandoned industrial look. 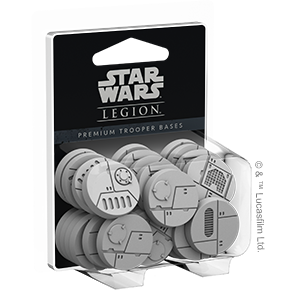 If you’re using the premium trooper base, don’t be afraid to give some light passes on the exposed surface as well. Don’t go overboard, but naturally some silt would have settled down anyways so a bit of color will only enhance the theme.

Take some of the sprue frames you had lying around from your droids and cut them into small, pipe-looking bits. Stack them haphazardly, glue them together, then prime and paint them.

Then, simply glue them off to one side of your base for your droid to stand next to.

Voila, some easy and free metal waste for your Geonosis-themed base.

Once you’re all done, they should come out looking something like this:

I ended up going more for dusty brown than orange-red. But go with whatever aesthetic best fits your taste! Geonosis is a big planet, after all.

I hope you enjoyed this tutorial! As always, if you use this to inspire your own bases, please leave some notes or photos in the comments, on Facebook, in the Discord, or on the FFG forums. I’d love to see your handiwork!

0 comments on “How to Create a Dusty Geonosis Base”