We recently got two new fun additions to the Legion universe in Occupier Tanks and X-34 Landspeeders (despite my commitment to the Imperial army, the desire to pick one of these up has been massive – it’s one of my favorite OT designs).

With those vehicles, however, we got a new set of occasionally less-than-intuitive rules. So it’s time for the latest installment of Not How the Force Works, where I’ll dive into things like Transport, Embark/Disembark, and everything in between (as of Rules Reference 1.3.0).

I’ll also be going over two important cases that don’t have clear answers quite yet: the “double reverse” conundrum, and the question of bounties.

The Fundamentals of Transport X

Unlike earlier Legion vehicles, these new beauties can “carry” one or more of your miniatures across the battlefield.

The X in Transport X refers to how many trooper units can be transported; as of now, the highest available is the Occupier’s Transport 1, meaning one unit (of any size) can be loaded onto the tank.

Aforementioned trooper units can either use the Embark action during their activation (detailed below) to be transported, or they can be assigned as transportees during their deployment.

The other modifier to be aware of is the Landspeeder’s Light Transport notation, meaning the unit is specifically limited to transporting just one miniature, which will necessarily be less than or equal to a full unit. You won’t see a full squad of Pathfinders hopping into their neighborhood X-34 any time soon.

An Open and Closed Case

In addition to regular vs. light, each vehicle with Transport X is declared as either Open or Closed.

Further, if a Transport X: Open unit is defeated with a trooper unit on-board, that trooper unit takes an additional 1 wound (for a total of 2, including the initial attack’s wound) and 1 suppression token. It is then placed in base contact with the vehicle before the vehicle is removed from play.

Closed negates all of the above information. Of course, we don’t presently have any units with Transport X: Closed.

So if you don’t deploy inside of the Transport X vehicle, how do you get in?

To Embark, or enter, a vehicle, the eligible trooper unit must perform a standard move action into base contact with the respective friendly vehicle. Then, the unit is physically removed from the battlefield.

The Rules Reference gives the recommendation to place matching ID tokens by the vehicle and the embarked unit to keep things straight.

To Disembark, the unit is simply placed in base contact with the vehicle, and performs a speed-1 move.

Of course, there are a few things other things to consider. Consult the Rules Reference for all of the finer points, but some of the major ones are: 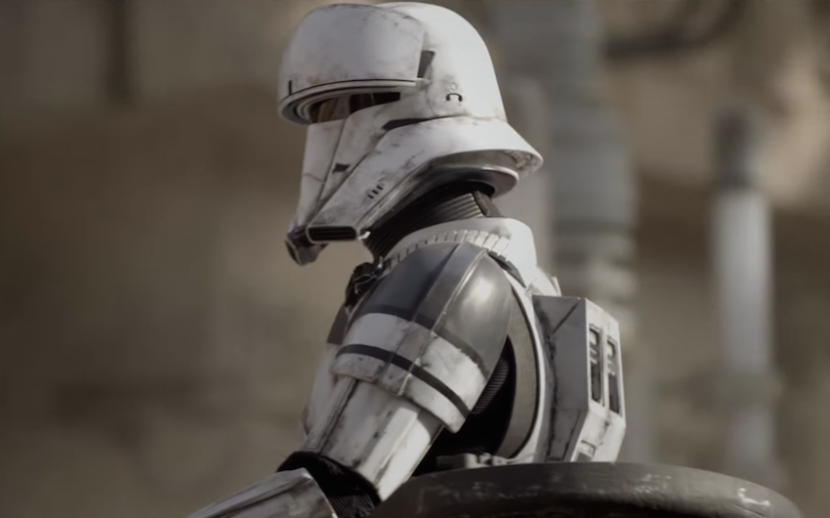 In addition to all of that, being Transported gives trooper units a whole host of other status considerations that commanders need to be aware of – some more obvious than others (and, trust me, if you’re running a tank for an actual competition you should read the whole Rules Reference bit on Page 57 because this is in no way exhaustive).

But let’s break down a few of the most important ones.

To close, let’s look at two cases the community has raised that don’t have clear answers in the Rules Reference just yet.

You deploy your tank backwards, its front arc facing away from enemy force. You deploy Emperor Palpatine inside the tank. On turn one, you play Palpatine’s And Now You Will Die command card against your bewildered opponent.

Then, you use your tank’s activation to speed-1 reverse twice right into your opponent’s amassed (we’re assuming) forces. On Sheev’s activation, he disembarks, moves speed one again, and uses the command card to lay waste to a sizable chunk of the opposing units.

But wait, your opponent says, the tank moved twice, so Palpatine shouldn’t have an activation (as we learned earlier).

And therein lies the conundrum of imprecise wording. According to the rules…

When a unit disembarks, if the vehicle that is transporting that unit has performed more than one standard move during the current round, disembarking uses that unit’s entire activation and it cannot perform additional actions or any free actions.

But reversing, under its own header, is listed as “a type of movement” and not strictly a “standard move.” Is there an exception to be made?

In my book, the clearly intended answer is Of Course Not, Dummy, but my book is not The Rule Book (TM), and there are many commanders who would quickly say I’m in the wrong.

And they have a case, because the Movement keyword currently reads as follows:

For your consideration, a meantime work-around was suggested in the Discord:

UPDATE: This was clarified in the 1.4.0 rules update to say that while a reverse is different from a standard move, you also can’t do more than one reverse without losing your activation.

2) The Question of Bounty

You have chosen to use Boba Fett’s Bounty to mark the enemy Chewbacca (wisely) as a wanted Wookiee. Chewie takes some hits early on leaving him with only one wound and then hops onto the nearest X-34 Landspeeder, where he is later killed when the vehicle takes damage from none other than Boba Fett.

The question: does Boba Fett get credit for the Bounty kill?

There is no hard yes or no answer on this one, so I’ll once again go to my personal ruling and let you all decide on your own.

As we learned in my article on Bounties, there is a specific rule case for not being able to circumvent a Bounty kill with Guardian. That is, if Boba puts a token on Chewie, and Chewie dies while using Guardian on a friendly unit that is specifically being attacked by Boba (or Bossk), the kill still counts and one victory point is awarded to the Imperial player.

Because of this ruling, I believe it is absolutely fair to rule that a transported unit with a bounty token that dies from the wound given after their vehicle is damaged counts for Bounty in the same way that it would for Guardian.

But that’s just my opinion.

UPDATE: This was clarified in the 1.4.0 rules update, as well. My assessment was correct, and the Bounty unit would indeed get the token.

Hopefully this was more illuminating than confusing. I’ll be sure to update as we get word on specific rulings from FFG.

0 comments on “Not How the Force Works: Transporting Units”