Scoping is the tactic of placing terrain between the attacking unit and the defending unit so that you can single out models in a unit to wound- scoping is a key tactic if you use high value low output units or you are up against an opponent who has high value models within a unit. Knowing how to scope or how to avoid it can often be the deciding factor in winning the sniper war.

The premise is pretty easy, but the actual execution requires foresight, precision, and appropriate terrain. The core of scoping is to reduce targets eligible to be allocated wounds so that you can deal wounds to the optimal model.

Given the above rules we see that there are situations we can create that limit the opponents ability to decide which models within a unit receive a wound. The core of this tactic falls within the Wounds clause that prevents models who are out of line of sight from receiving wounds. The remaining clauses will assist us in creating situations in which we can control who is in and out of line of sight, and thus who is eligible to receive wounds. Let’s take a look at examples below.

Terrain Scoping: This is the most common type of scoping as it is the easiest to pull off and requires nothing more than the attacker, the defender, and a piece of terrain that blocks line of sight. To properly set up a Terrain Scoping scenario you will want to move your entire unit so that only the mini you want to wound is visible, it is okay if they see the unit leader as well. If even one mini in the attacking unit can see other minis in the defending unit, the defender can allocate wounds away from the mini you want to remove. In the below example every model in the attacking unit can see the target model, but cannot see any of the other models in the defending unit, so the target model is the only model who is eligible to receive wounds. 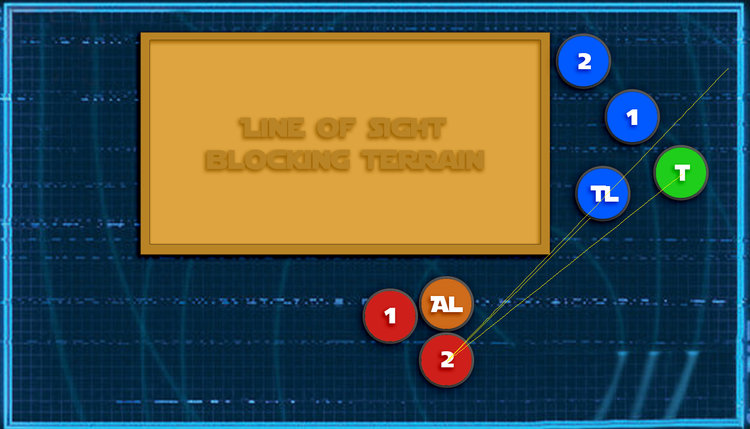 The following example is scoping gone wrong. Although our unit leader and model #1 still can only see our target model, but our model #2 was placed too far to the side and now can see the more models in the defender than our target. This makes our scoping not work, because one model can see other models in the unit our opponent can now assign wounds to any model that is visible. Even if our unit leader is not the one who is able to see them. 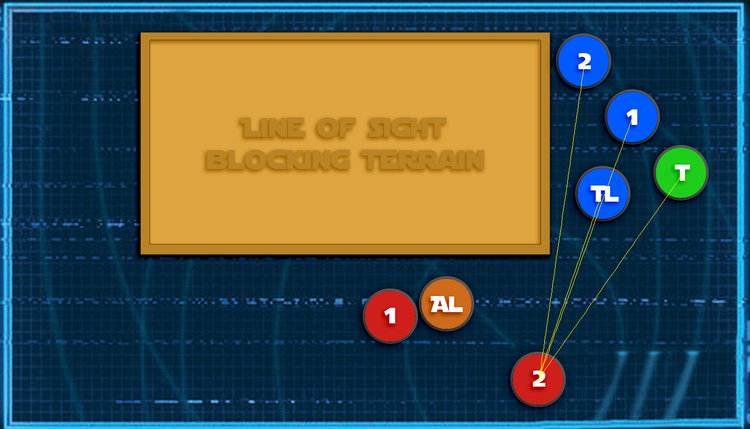 Vehicle Scoping: Vehicle Scoping works the same as Terrain Scoping in all regards, except you can move the vehicle into the optimal position when there is no line of sight blocking terrain available. Note that this can only be accomplished with a vehicle that completely blocks line of sight to the target, right now no such vehicle exists although a solid ground vehicle would be able to. 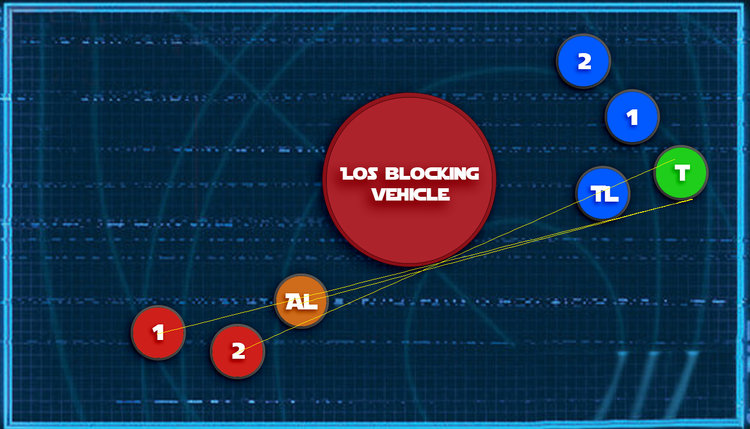 Wound Scoping: Wound Scoping is the only form of scoping that does not involve line of sight. Some abilities in the game can assign a wound to a specific model, such as Force Choke. Using the clause under Wounds we see that a model that already has a wound must be assigned more wounds before any other model can be assigned wounds. That means that when dealing with multi-wound models we can set up situations where we can remove the desired model, even when we can see the entire unit like in the example below.

Limited Visibility Scoping: Limited Visibility is worded so that line of sight is limited, not that weapons ranges are limited. This gives us one extra way we can use scoping that may be unexpected to our opponents. Because line of sight is limited, we can limit which models are eligible to receive wounds using distance, which we cannot do under normal circumstances.

In the below example, even though our model has a range 3 weapon, because line of sight is blocked after range 2, the only models he can technically see are our target and the unit leader, meaning that any wounds he inflicts must be allocated to the target first and any left over wounds are allocated to the unit leader second. Models 1 and 2, although perfectly visible are technically out of line of sight for him and thus not viable targets.

below is the cover rules that would be applicable. Expect this interaction to change at some point.

Determine Cover: If at least half of all of the defender’s minis are obscured, that unit has cover. The type of cover that unit has is determined by the object that is obscuring the minis, as follows: (there are no sections that cover obscured minis that aren’t obscured by terrain. This is the closest the RRG comes to covering the situation, but does not do an adequate job of determining if or how much cover is provided: If the attacking unit leader’s base is touching a piece of terrain, that piece of terrain cannot cause a mini in the defender to be obscured, unless line of sight from the unit leader to that mini is completely blocked.)

With these 4 new tools in your kit, you should have a much stronger control over who in the unit receives a wound. Keep these tactics in mind when moving your uni as well to prevent the opponent from being able to scope out your valuable figures. As with all new tactics you learn, keep an open mind on how to apply them while playing and use them in ways that make sense to your playstyle – understanding and applying in your own way is always more valuable than copying.

Good luck and may the force be with you.

Two more adult myconids up in the store this week! I have no idea why, but I really love painting these floral boys. #dnd #dungeonsanddragons #dungeonsanddragonsart #minis #miniatures
Very excited to be sending out my first commissioned piece today to a fan of my (retired) blog. Bossk is a really fun mini to paint! #starwars #starwarslegion #miniatures
Big paint day ahead!
An article I wrote about being a total Legion beginner is up on the official FFG website. Give it a look!